On Friday, September 14, 2012, People Reaching Out and WALKSacramento conducted a pedestrian count and traffic observation of the Fruitridge Road and 58th Street intersection.  This intersection  has been a focus of WALKSacramento’s work in the past year in partnership with the community to support pedestrian safety improvements in the area.  This area is one of the City’s most dangerous for pedestrians. On January 19, 2012, a West Campus High School student was fatally struck by a driver while traveling across the marked crosswalk on Fruitridge Rd at 58th Street.

The review on September 14 was a follow up to the  pedestrian counts and observations performed in June and July 2012 with community members. with findings and recommendations in WALKSacramento’s Fruitridge / Stockton Pedestrian and Bicycle Safety Review.

On August 8, 2012, WALKSacramento, with People Reaching Out, West Campus High School students and Tallac Village Neighboard Association president Michael Minnick met with Councilmember Kevin McCarty and the Division of Transportation to discuss the safety review’s findings and recommendations.  The Division of Transportation will review the report and consider options for improving pedestrian safety.

The pedestrian counts on September 14 were designed to observe conditions when students are leaving school for the afternoon. From 3 – 3:30 pm:

General observations of pedestrian and driver behavior on Sept 14 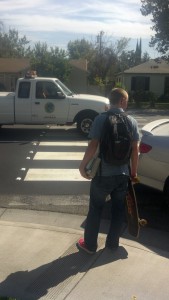 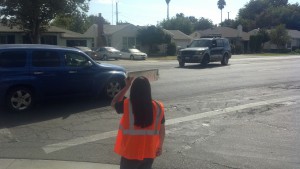 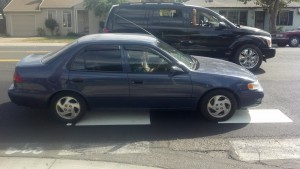 The September 14 pedestrian count and traffic review supported and confirmed the recommendation that was made for a controlled traffic signal at this intersection.  A traffic signal would: 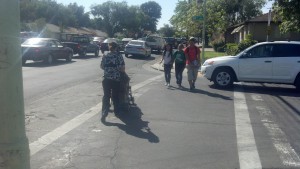 WALKSacramento looks forward to continued working with our partners to make it safer for people of all ages and abilities to travel on Fruitridge Road.