There are many reasons for cities to invest in walkability – to improve public health and to decrease crime, for example. But perhaps the most compelling reason for decision-makers is the ultimate bottom line – walkability supports economic sustainability. Research on walkability and economic performance shows that walkable neighborhoods retain higher land values and support more productive retail activity than less walkable communities. A Brookings Institution analysis of a sample of neighborhoods in the Washington, D.C. metropolitan area using walkability measures found that more walkable places command a higher premium for office, residential, and retail rents. The study shows that desired neighborhood characteristics (I.E. nearby school, park, grocery store, café, etc.) increase the price of the property. Urban economists relate this to an urban rent gradient, which means that property closer to the center of an urban area costs more because it is more accessible to jobs, social, and community destinations compared to more outlying locations. Likewise, community amenities that support walkable environments are more prevalent in the center city and accessible-rich areas.

Walkscore.com is a site that rates the walkability of a neighborhood based on its closeness to a variety of destinations. Below is a Walk Score map of Sacramento showing more walkable areas in green and less walkable areas in red. 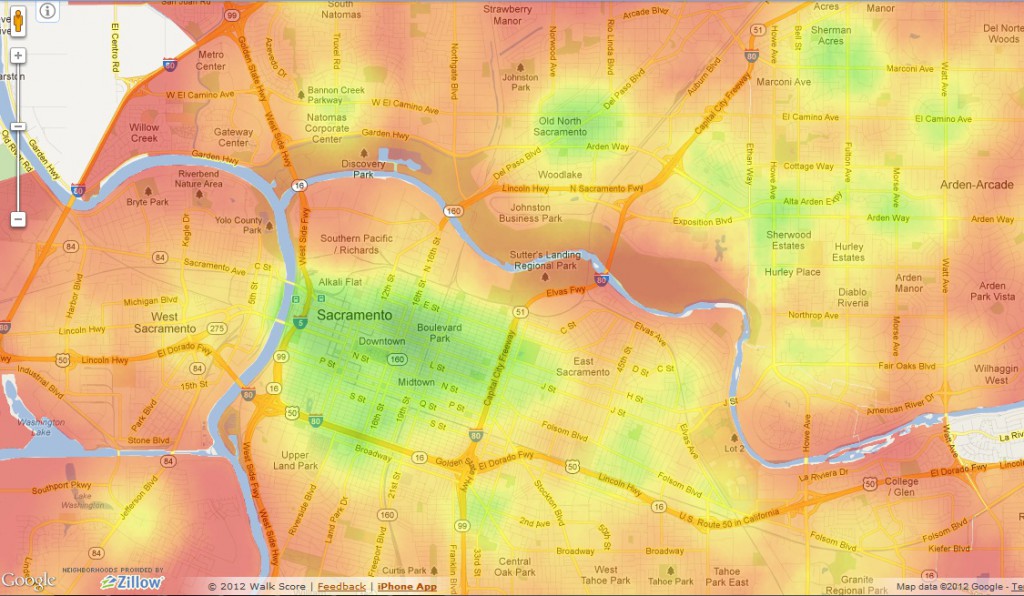 “Walking the Walk: How Walkability Raises Home Values in US Cities”, a 2009 research paper developed by CEOs for Cities, explores the connection between home values and walkability, as measured by Walkscore.com. The study showed a positive correlation between walkability and housing prices in 13 out of the 15 housing markets studied.  Furthermore, neighborhood walkability helps home retain their values. Home values dropped steadily and significantly between 2008 and 2011, but walkable neighborhoods experienced less decline compared to suburbs (Leinberger, C., Alfonzo, M. 2012). 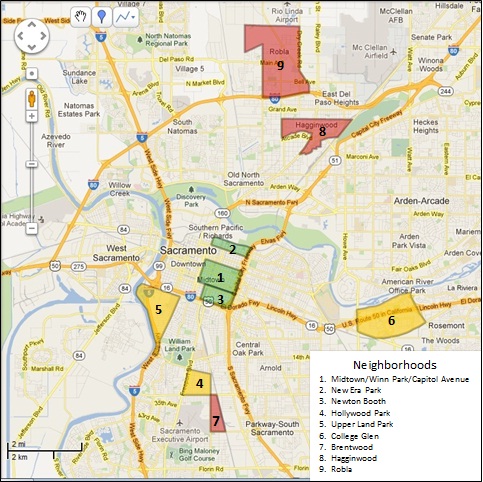 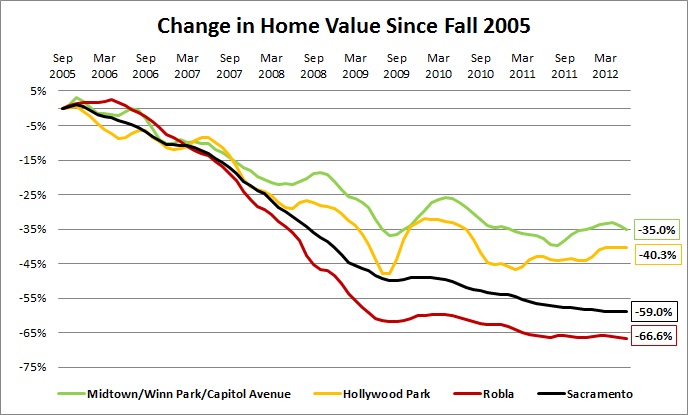 There is a strong case for city and county municipalities, advocates, and citizen-led groups and activists to focus on rehabilitating existing neighborhoods with poor walkability in the Sacramento area. Many stakeholders need to be involved to ensure this work is focused in needed neighborhoods and regions. Looking into the future, there are many ways for stakeholders to facilitate future walkable renovations and developments, as stated in Christopher B Leinberger and Mariela Alfonzo’s research: