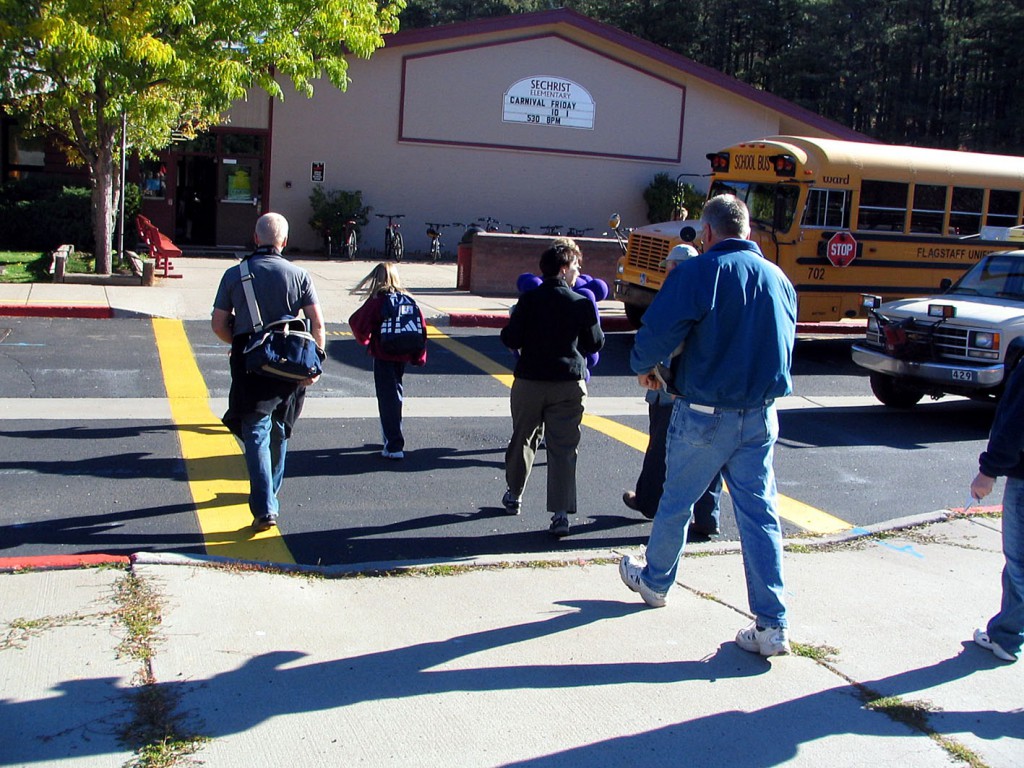 The outline indicates that the proposal will fund the federal transportation program with the revenues deposited into the highway trust fund.  Assuming this level is in line with the Ryan budget figures this would mean a 34% cut in FY2012 from FY09 highway funding levels.  According to FHWA this would result in the loss of approximately 490,000 jobs in FY12.

Over 6 years, a $230 billion bill is a 19.5% cut from the $286 billion that SAFETEA-LU provided for transportation programs, not accounting for the impact of inflation.

While it would be more critical than ever to very clear about the goals of a bill of this size, the outline says little about what the federal program should accomplish. In our view, a bill this small would need to be constrained to three key goals:

The outline is clear that funds will no longer be set aside for bicycle and pedestrian infrastructure. It declares that states will be permitted to use funds on bicycle and pedestrian projects if they so choose.  Over the last decade 47,700 pedestrians were killed in traffic accidents, and two-thirds of these fatalities took place on federal-aid roadways. Many local communities are working to fix these design flaws and to provide more options for safe walking and biking, and shouldn’t be forced to shoulder the burden alone.

The outline clearly says that, “States will be provided flexibility to spend funding on projects they choose.”   However, states typically have not been able to invest most federal transportation funds on freight or passenger rail.   Will the flexibility provided in the proposal extend to both transit and rail?

Chairman Mica and committee staff verbally indicated that transit will maintain its historic share of the transportation program – though with a much smaller program.

The outline says that the proposal will increase funds for rural and suburban transit but is does not say where these funds will come from or, said differently, who will lose funds. The outline does say that unpredictable, non-transparent discretionary programs would be cut, with funding focused on formula programs.  Formulas would be changed to include performance factors of some sort, the specifics of which are not described in the outline.

It also notes that the New Starts process will be streamlined to cut project development in half but does not describe how this will be accomplished. In addition, Committee staff indicated that the proposal will modify the New Starts evaluation criteria to reward projects with private-sector partners.  The staff did not indicate whether other changes would be made to the evaluation criteria.

House committee staff confirmed that states will be held accountable for decisions through performance measures.  Performance measures are key to improving the federal transportation program and help ensure taxpayers’ funds are invested wisely.

It is important that performance measures consider broad factors beyond congestion and mobility such as pollution and accessibility.  Committee staff indicated that states will have performance measures and will be required to spend a portion of their highway funds in areas where they are under-performing.  If these measures only consider congestion and mobility – will states be required to build larger highways without consideration of equity and environmental impacts?

Will states need to analyze how proposed plans to spend funds will impact measures so elected officials and the public can understand the impacts of decisions before they are made? It is important that these performance measures are connected to improved system performance. If they are not, these measures simply become a tool to highlight the impact of past decisions, both good and bad.

In the face of significant reductions in revenues, it is especially important that funds be directed towards repair and rehabilitation of the existing transportation network.  Currently almost 12% of our bridges are in need of repair and close to 50% of our major highways are rated below “good” condition.

The American Association of State Highway and Transportation Officials found that $1 in upfront repairs can save up to $14 in repairs down the road.  In addition, when states fail to make necessary repairs, drivers pay out of their own pockets.  On average, poorly maintained roads cost each driver $335 per year.

It is unclear how the House proposal will address our nation’s growing highway and bridge repair needs to help save taxpayers’ dollars.

Focus on Limited Number of Highways

The outline says that the highway program will focus on “Interstate Highways and the National Highway System.”  While it is unclear exactly what this provision means, it could result in a significant reduction in flexibility for states and regions.

Today, states and regions can invest federal funds in a number of major highways. If funds were restricted to routes on the National Highway System it would reduce the number of highways states can invest in by 83.5%.  A restriction of this nature would result in Washington pre-determining the best solution for local communities across the country.

The outline indicates that most of the highway funds will be distributed via formula to states.  It is unclear whether or not the programs will be structured to help foster innovation or competition.

For example, it is unclear if local communities that have consistently used sub-allocated STP funds to implement innovative concepts that reduce congestion would continue to receive funds to further invest in innovative projects in a consolidated program.

From 1987 to 2005 congestion in major urban areas increased by 69% from 23 hours of delay per driver to 39 hours of delay.  Innovation and competition are key components that can help us find ways to do more with less.

The outline says the proposal will expand the TIFIA federal loan program. This expansion should ensure that transit can meaningfully participate in any new financing options, include a regional program focus, and include incentives for regions to help themselves (such as in the enhanced TIFIA program outlined in Los Angeles’ 30-10 Initiative). In addition, it will be key to find ways to encourage private sector participation in transportation projects, including partnering with developers to help advance transportation projects.

Today approximately 7% of projects go through a true environmental review process (environmental assessment or an environmental impact statement).  If the intent is to speed up the completion of transportation projects, processes outside NEPA should be targeted for improving project delivery. For example, design standards that recognize that “the perfect is the enemy of the good”, use of design-build procurement, and delegation of design exceptions to state engineers could all be modified to accelerate project delivery.

The proposal allows states to acquire right-of-way and conduct design work on projects prior to completion of the environmental review process.  How will the proposal ensure that allowing states do to these activities before they have determined what type of project they will build and where the project will be located will not compromise the environmental review process?

The proposal does not provide any specific funding for high-speed rail.  It will make high-speed rail an eligible project under the existing Railroad Rehabilitation and Improvement Financing program that provides loans for rail projects.  However it is not clear what revenue sources can be used to repay these loans.

The proposal says that Amtrak’s operating funds will be cut by 25 percent in the first two years.  In addition, the proposal puts limits on Amtrak’s use of federal funds. It is unclear what these limits are and what activities would not be allowed.

This analysis was provided by Transportation for America.