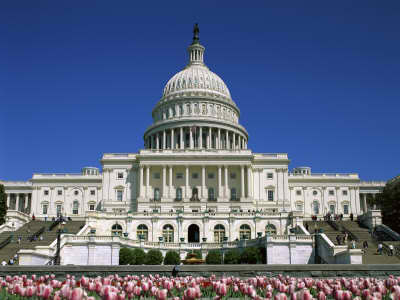 What does the debt ceiling deal mean for transportation?

With just hours to spare before the deadline, the House, Senate and President Obama have agreed (in principle) on an agreement to raise the debt ceiling. While the details of that agreement are circulating in the media, the implications for the ongoing efforts to reauthorize the transportation bill — as well as funding for current programs over the next year or two — are a bit murky.

Here are a few things we know:

The Senate Environment and Public Works Committee won’t be able to move their transportation bill this week, which means it won’t get introduced or marked up before the August recess. The delay caused by the debt ceiling debate and the scheduled recess in August will likely move the introduction of the Senate bill and markup into September.

The Senate Finance Committee, currently tasked with finding an additional $12 billion to fund the Senate’s plan for a two-year bill, might be preoccupied with examining the details of the cuts in the debt deal. The Senate would need $12 billion to keep the HTF solvent over the length of its two-year bill.

Perhaps restating the obvious, but at a time when Congress is trying to establish or decide what will or won’t be cut, it could be more difficult to find the $12 billion needed for the Senate’s plan. That said, don’t count out Sen. Baucus just yet and his ability to find this amount of money for the EPW Committee.

The upshot is that it’s still too early to determine the specific impacts, but this deal will have definite impacts on transportation over the coming two years and beyond.