It’s a success for WALKSacramento and the Fruitridge corridor community!

This is the location where, on January 19, 2012, West Campus student Michelle Murigi, 16, was hit by a car while she walked in the crosswalk across Fruitridge Road.  She died from her injuries, leaving heartbreak and loss for her family, schoolmates, and the community at large.  Ironically, Michele was well aware of the dangers to pedestrians in that area, and had recently completed a video voice project about how dangerous it was to cross at that intersection.

Following Michele’s death, in March 2012, Councilmember McCarty called a community meeting and asked for help from WALKSacramento to improve conditions for walkers and bicyclists in the area.  WALKSacramento held community meetings, conducted pedestrian and bicycle observations, and worked with the neighborhood associations to identify a solution.  The community members called for a full traffic signal at the intersection so that cars would come to a complete stop.

Years ago, a traffic signal at this location had already been identified as a need by the City of Sacramento.   But traffic signals are expensive, and the City can afford only one new signal each year.  So the neighborhood associations and local students, supported by WALKSacramento, pressured the City Council to find a way to fund a stoplight.  The result, announced yesterday, is that City officials have formed a partnership with the Sacramento City Unified School District to jointly fund the $400,000 signal. 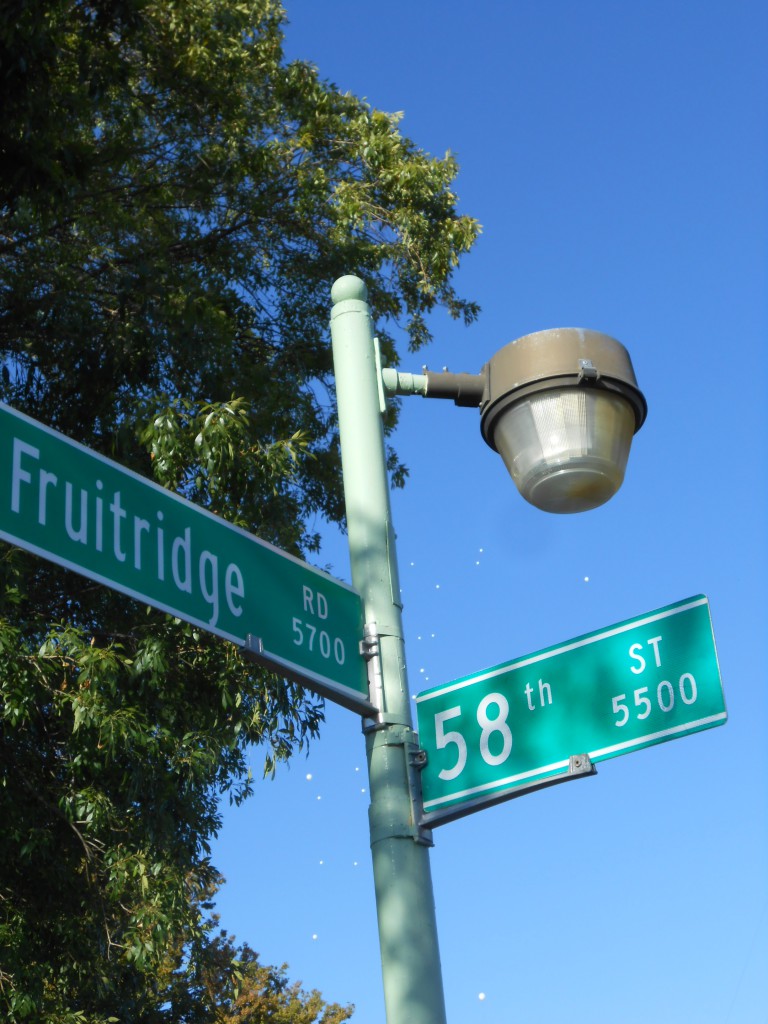 This is a big success for all.  In his comments at the announcement today, Councilmember McCarty said about the traffic signal:  “It’s no longer ‘when?’ – it’s ‘now!’”  McCarty thanked WALKSacramento and The California Endowment as the “fabulous nonprofits” who contributed to making this happen.

Of course, the intersection at 58th and Fruitridge is not the only one in the area that is unsafe.  This intersection is only a symptom of unsafe conditions that prevail in this neighborhood.  The area was built out years ago, before traffic was at the high speeds and volumes that it is today.  It’s always sad that it takes a tragedy to galvanize action to make needed improvements.  WALKSacramento continues to work on long-term plans to make the area safer for walking and bicycling, especially for the students at West Campus High School and Mark Twain Elementary School on their way to and from school.